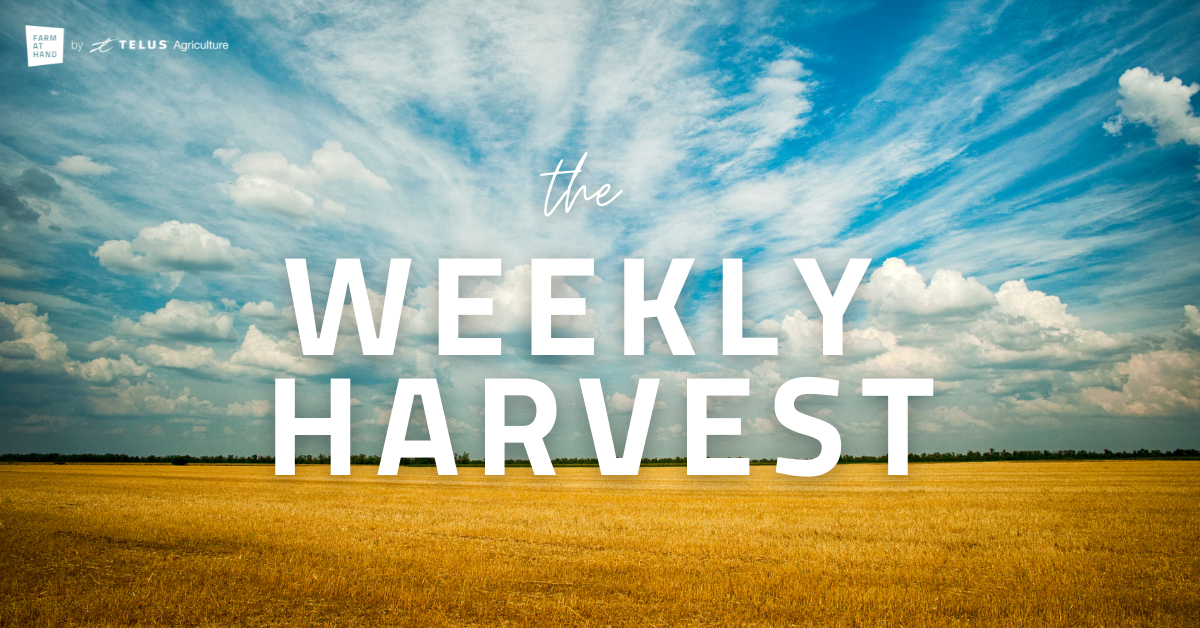 1. Planting ramps up in Western Canada, but so did drought conditions

Producers are on their way to getting the 2021 crop planted, but drought conditions expanding across large swaths of the prairies are worrisome. The bulk of Manitoba’s growing region into eastern Saskatchewan and central areas of Alberta are seeing dry conditions intensify. From April 19 until May 4, 2021, the regions in the Exceptionally Low precipitation percentile grew significantly. 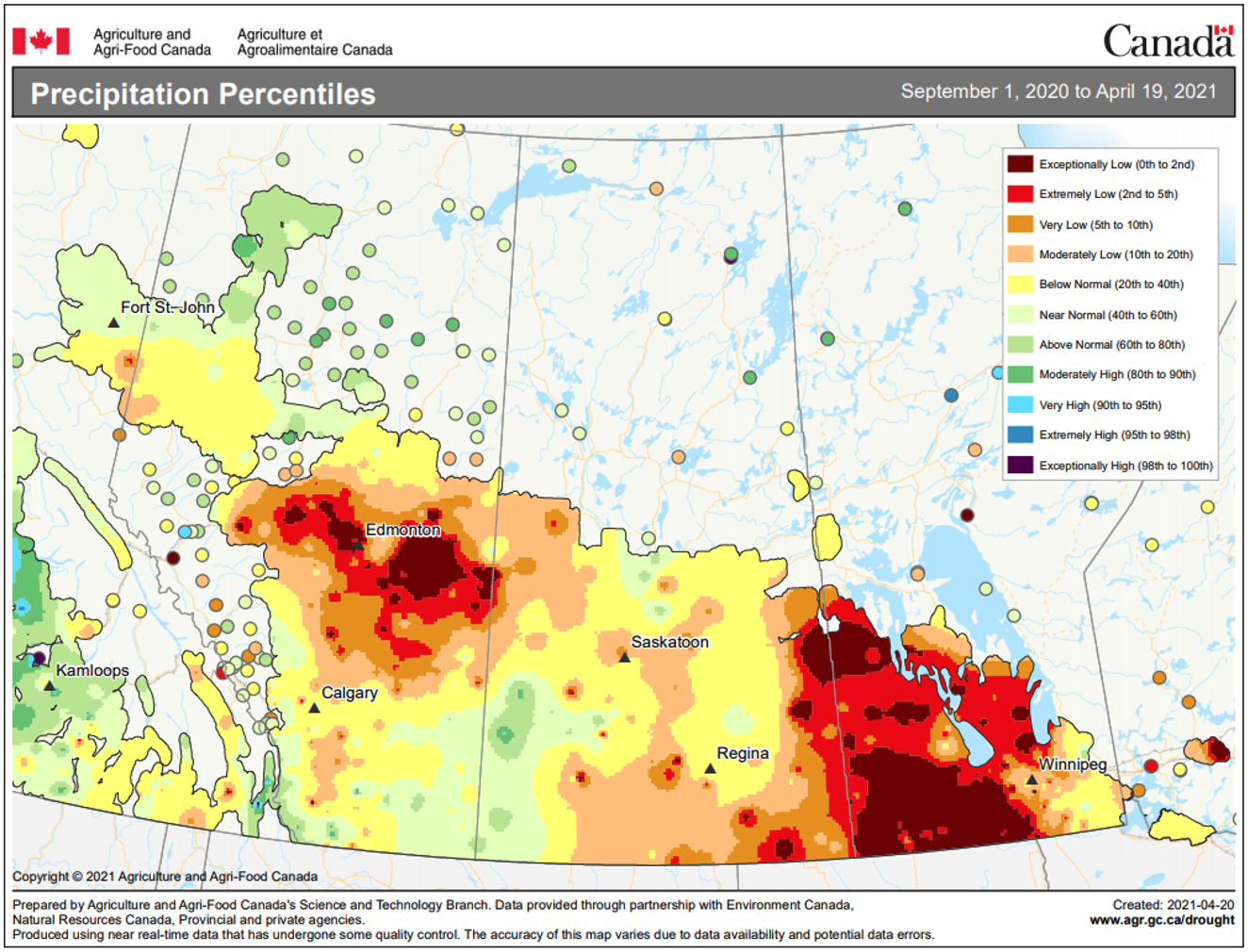 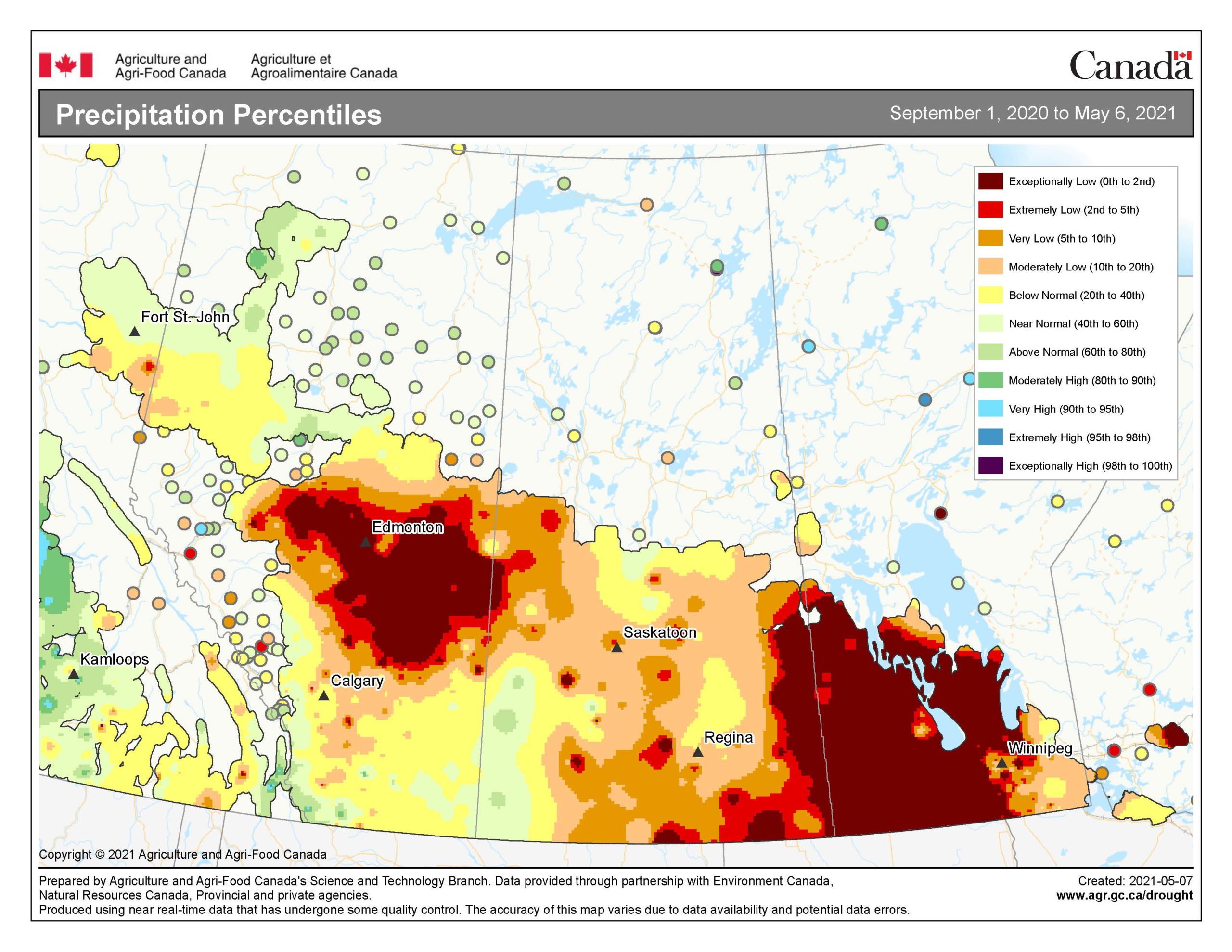 Given the drought conditions, producers are seeding with the least amount of seedbed preparation to preserve topsoil moisture. On the bright side, dry conditions allow producers to seed swiftly without interruption. However, poor germination could be a factor if crops don’t receive rainfall in the weeks ahead.

2. Corn prices hit an eight-year high – the result of tight stocks and dryness in key geographies

Corn futures met an eight-year high this week as dry conditions in the U.S. and Brazil have the market worried about 2021 production potential.

Brazil has seen limited rainfall in key producing states since planting began in February. Crops are in a critical reproductive stage these next two weeks and the weather is forecast to be dry. Half of the growing region reports being in ‘flash drought’. The U.S. Department of Agriculture’s official production forecasts for April have the crop at 109 MMT, up from 101 MMT last year. However, FarmLink expects reductions in subsequent reports.

In the U.S., corn planting weather is suboptimal, with significant drought concerns in North Dakota; 98% of the state is in some degree of drought according to the U.S. Drought Monitor. All growing regions need to reach a trend or trend plus yield outcome for the U.S. supply and demand balance sheet to come back to a comfortable place. North Dakota accounts for approximately 4% of the U.S. corn planted area. With a sub-optimal outcome, overall U.S. corn production could be reduced by 50 million to 100 million bushels.

A rebound in EU rapeseed production is looking less likely this season. Last week, the European Commission trimmed its forecast for its 2021 rapeseed crop. Production was lowered to 16.5 MMT, near last year’s poor harvest result and 6.7% below the five-year average of 17.56 MMT. The EU lowered its production expectations because France, the EU’s largest rapeseed producer, was hit with frost last month.

Germany, the second-largest rapeseed producer in the EU, hasn’t seen reductions yet despite cold and dry weather. The crop needs heat and moisture going forward to advance crop establishment. Another season of below-average production in the EU bodes well for Canadian canola exports to the country. Canadian canola exports to the EU totaled 2.11 MMT in 2019/20, and exports this year (2020/21) are on pace to reach 2.45 MMT, well above the five-year average of 880 KMT. FarmLink expects this higher import-need trend to continue into 2021/22.