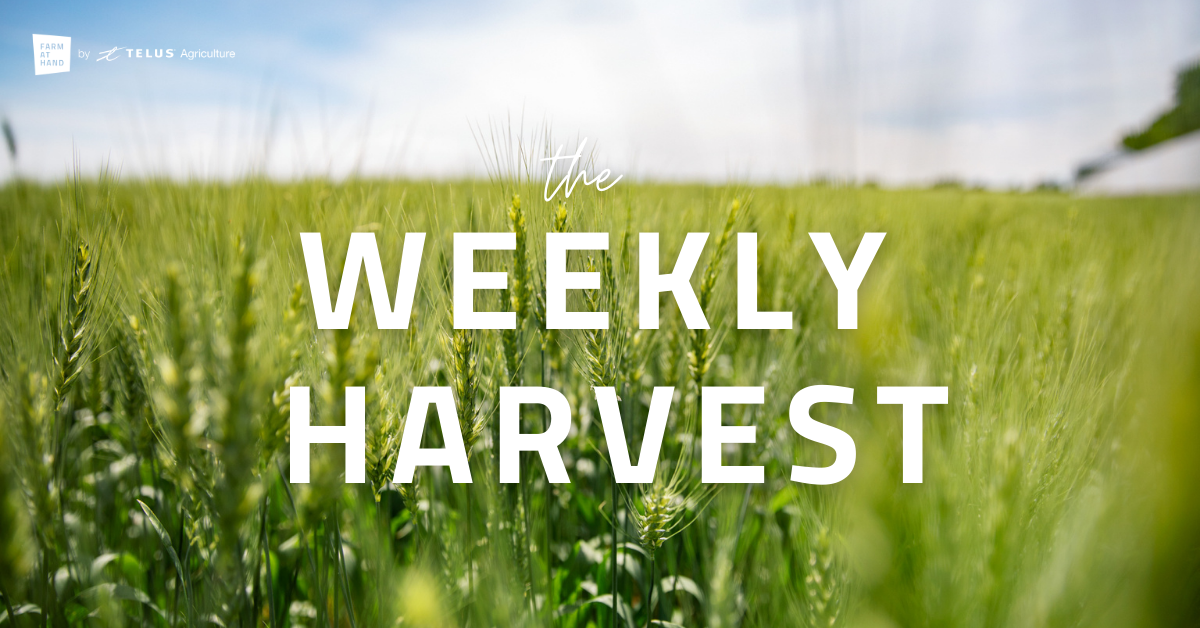 Barley prices have been robust through 2020 and into 2021. Barley acres are projected to jump by 7% to 8.085 million acres – this would be the largest crop since 2009. China accounted for approximately 90% of the offshore market for Canadian barley in 2020/21. The X factor is whether China will continue to suck up the world’s feed grain residual. Early new crop demand has been a good sign, with estimates that China has already bought over 1 MMT of 2021/22 production to date.

Demand from the Chinese market is high as political tensions between China and its usual barley trading partner, Australia, have escalated with no end in sight. As a result, exports have been halted and shipments from Canada, Argentina, and France are filling the gap.

In Argentina, Argentine Rural Society’s head economist says barley plantings will be up in 2021, at the expense of wheat area. In 2020 the country produced 4.1 MMT of barley from a 2.2 million acre seeded area. The barley seeded area could be closer to 3 million acres this season.

Some reports say barley producers in France are ripping up their winter rapeseed that did not overwinter well, negatively impacted by pests and extreme cold. Most of these acres are expected to be replanted with barley instead. Canadian farmers are also expected to increase barley plantings in 2021.

China’s extremely tight, high-priced domestic corn supplies are too expensive to use for ethanol production, and cheaper U.S. prices have prompted an appetite for imports. Trade rumours are swirling that three ships carrying upwards of 720,000 barrels of ethanol have been exported from the U.S. and are en route to China. This one shipment could surpass the total ethanol exports from the U.S. to China last year. The U.S. shipped only 506,000 barrels in 2020. This is a positive for the ethanol industry, which saw demand slump amid the pandemic, and comes at a time when U.S. corn supplies are projecting tight. Further, some speculate China bought roughly 200 million gallons of ethanol for shipment in the first half of 2021, which would be equivalent to 4.76 million barrels – a potential annual record.

The U.S. Department of Agriculture (USDA) released its March World Agricultural Supply and Demand Estimates (WASDE) this week. The market did not expect much in terms of tangible change, which is what the USDA delivered.

The government agency made very few changes to the U.S. supply and demand balances for corn and soybeans. Supplies of both remained unchanged at seven-year lows. U.S. corn ending stocks stand at 1.502 billion bushels and soybeans ending stocks at 120 million bushels. The trade anticipated ending stocks to be reduced with the consensus that there will eventually be an increase in U.S. export figures and a similar reduction in 2020/21 ending stocks. There were no changes to supply for U.S. wheat, only redistribution of exports by wheat class. Stocks are forecast to fall for hard red spring, winter wheat, soft red winter, and durum.

The USDA made a few changes to world figures; Argentina’s soybean outlook decreased but was made up for by an improvement in expected Brazilian soybean production. South American corn outlooks remained unchanged. The USDA kept China’s corn and soybean supply and demand the same and increased Chinese domestic wheat feeding by 5 MMT, which is supportive. There is still a lot to be discovered about Chinese feedstocks, demand, and import potential. This is a key variable of determination for the upcoming 2021/22 marketing year. The first WASDE estimates for the coming 2021/22 marketing year will be in the May WASDE.