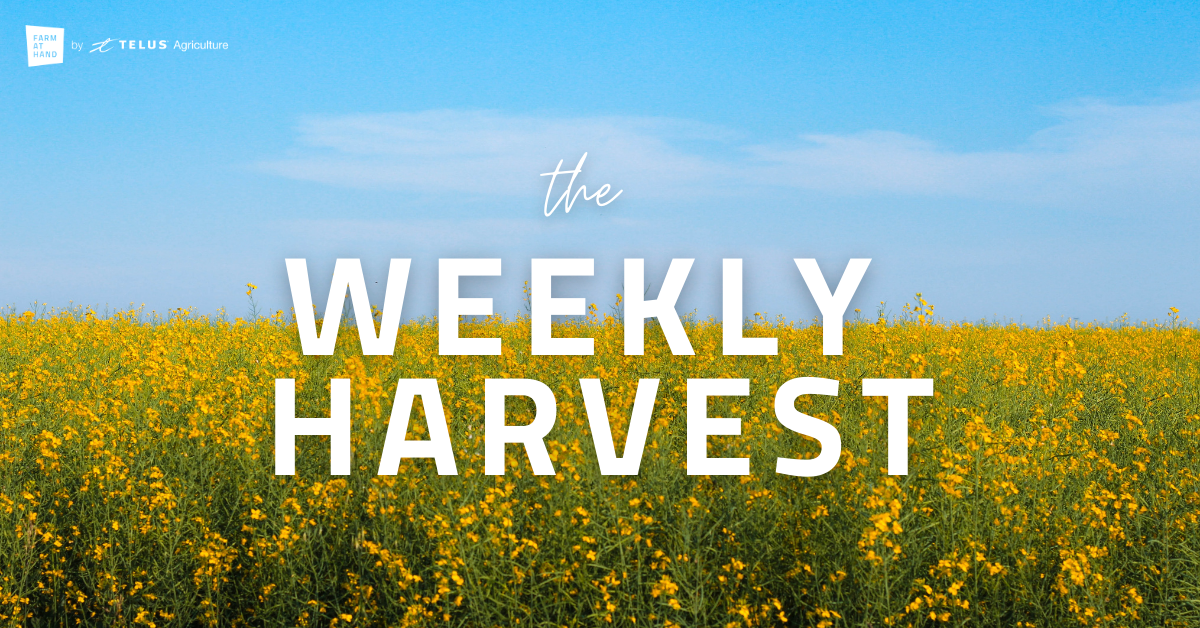 This week, Statistics Canada (StatsCan) released its first round of 2021 principal field crop area estimates for seeded acreage. StatsCan surveyed approximately 11,500 producers between March 1 to March 29, 2021 to calculate the estimates. Here are a couple of key findings:

• The canola acreage estimate stood out at 21.53 million acres, which came in over 1MMT below the trade’s average estimate of 22.60 million acres. Over the last month, canola prices have been enticing producers to plant additional canola acres. The market consensus is that there could be more planted canola when seeding is complete. FarmLink expects canola acreage to be revised modestly higher in StatsCan’s June estimates.

• As anticipated, StatsCan posted a large barley acreage figure that is higher than both the trade average and the FarmLink estimates. However, the larger figure is plausible given the grower’s expanding interest in barley.

• With StatsCan’s corn and soybean estimates (which include eastern Canada), FarmLink states that corn has made a solid late-season push for additional acreage.

• StatsCan pegged the total pea area lower than FarmLink’s estimates and close to the lowest surveyed trade estimate. Total pea seeded area (green, yellow, and other) is forecast to be down 10% year-over-year to 3.8 million acres. If this acreage materializes, the supply and demand for peas (especially yellows) will be very tight.

• StatsCan’s lentil estimate came in close to FarmLink’s at 4.2 million acres, which is very similar to last year. Important to note, this report didn’t provide a breakdown of acreage by lentil type.

• Despite the record-high flax prices (both old and new crop), StatsCan didn’t post much of an increase in the 2021 flax seeded area. The government estimates flax seeded area at 982,000 acres, up only 6% from last year and below FarmLink’s and the trade’s average estimate.

In conclusion, producers have some incentive to plant more canola but also see some competition among other crops, leaving little motivation to break crop rotations. The market will be sensitive to weather conditions throughout the growing season and be primed for volatility when moments of doubt related to “too hot, too dry, too wet, too cold” conditions arise. As mentioned, FarmLink expects to see some changes to StatsCan’s April estimates in the June report.

The market is increasingly nervous about dryness over North Dakota, the key spring wheat-growing region, which is 75.85% covered by D3 drought intensity or higher (extreme drought). North Dakota’s topsoil moisture as of April 18 is 78% short or very short, and its subsoil moisture is 77% short or very short. This situation compares to 1988, a year with a disastrous and prolonged drought. 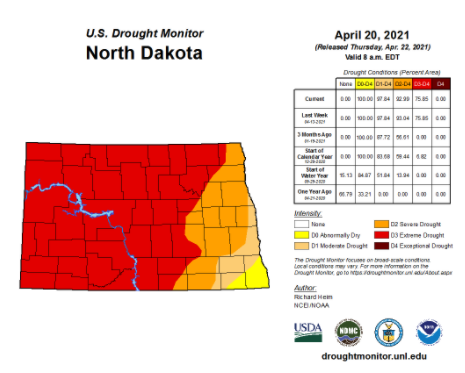 According to one Chinese analyst, if feed producers substituted corn and soymeal to the recommended ratios, corn use could be reduced by 40-50 MMT, and soymeal use could be reduced by 4-8 MMT. This would have a negative impact on corn and soybean exports. However, FarmLink doesn’t believe these government orders are going to have a significant impact. Some feeders may reduce the usage modestly (due to costs) but won’t cut them altogether. Further, many of the suggested substitutions are produced and/or imported in much smaller volumes than corn and soybeans, making changing rations more costly. All signs continue to suggest Chinese feeders will still need corn and soybeans.